How do traditions evolve over time? Consider this question as you compare a historical example of a Palampore with Faig Ahmed’s Oiling, both on view at the Seattle Asian Art Museum. Look closely at the intricate patterns, the symmetry (or lack thereof), and the ways in which order and disorder are portrayed in each artwork. What can you learn about the contemporary piece, Oiling, by looking closely at the Palampore?

This video brings together historical and contemporary works of art to show how traditions and modernity interact in our world today. A quick drawing activity offers a way of remotely engaging with the artworks and provides the foundation for a more in-depth art activity inspired by the Palampore in our Eyes on Asia YouTube playlist.

The Seattle Asian Art Museum is open again though school tours are not available at this time. Aligned with Washington State learning standards in Visual Art and English Language Arts, the Eyes of Asia video series is meant to connect art lovers of all ages to the museum’s rich collection of art through a variety of virtual experiences and provide opportunity for creative response. Each video can be used in virtual classrooms, at home by parents and caregivers, or by friends hanging out online. Visit the museum in person to see these, and other artworks featured in the series! 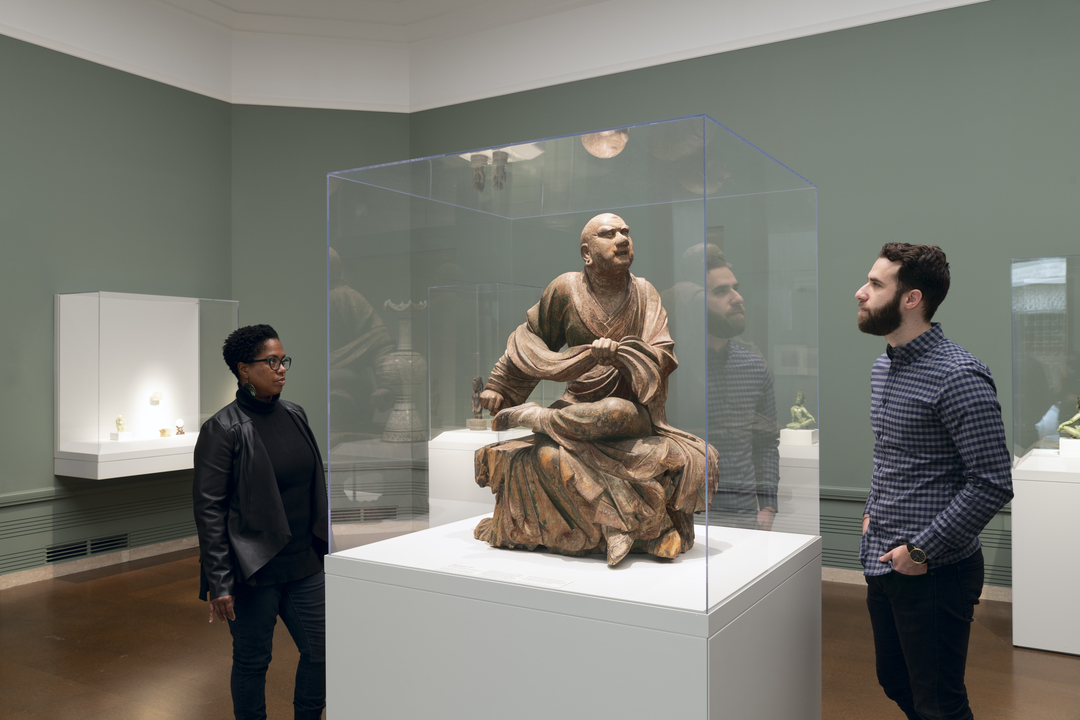