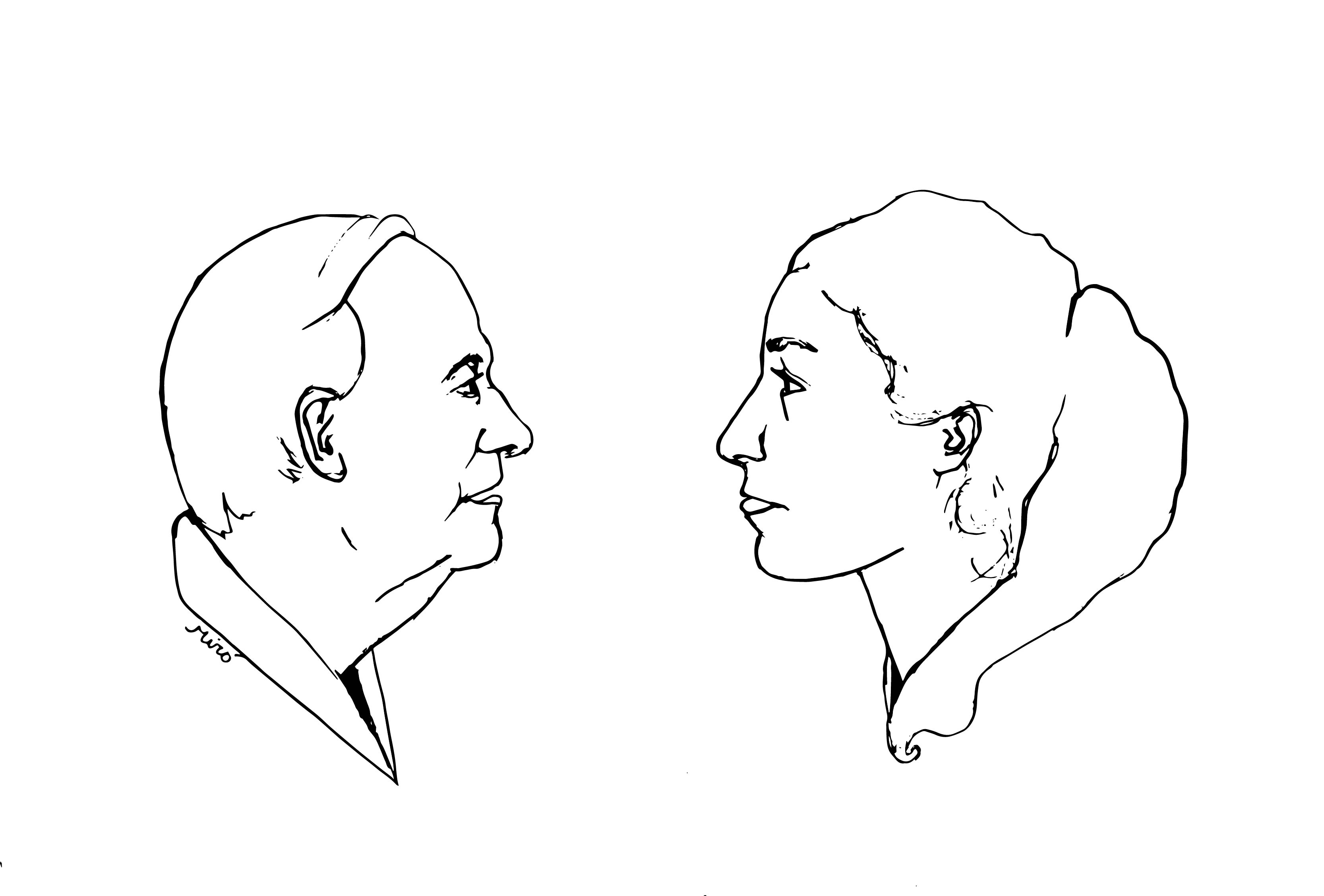 Join special projects intern Gabriela Ayala every Friday as she travels in Miró’s footsteps through Europe.

I have officially started a focused three-week journey to a land of great coffee, beautiful colors, traditions, and unique elegance. I have been to Spain before but this is very different: I have come with a greater purpose. I take a couple days to adjust my internal clock to tick to a Spanish beat before making my way to one of the most famous museums in Madrid, the Museo Nacional Centro de Arte Reina Sofía. The Reina Sofía has an incredible collection of 20th-century art. They house very famous pieces from Pablo Picasso, Salvador Dalí, Alexander Calder, and Joan Miró, just to name a few. It is Joan Miró who brings me to Spain to begin with. The Reina Sofía is partnering with the Seattle Art Museum to bring Miró’s late work to the United States for the first time. I am here to bring a firsthand account of my experiences while learning about Miró and living my life focused on him, seeing what I may be able to understand beyond his many art works.

The Reina Sofía is a combination of two very impressive structures. A contemporary building that has an extensive library, a space for exhibiting, and the offices of all the people who make this museum work every day. Across from this, connected by a sky bridge, is a former 18th-century hospital with major modern renovations. This is where their entire collection can be found. One of the many historical and stirring art works you can see here is Pablo Picasso’s Guernica, a very famous mural that I have the intention of exploring in further detail later on in my trip. The space leading up to Guernica sets the scene for where this piece is shown and what other artists are showing there. And so naturally I run into a large collection of Joan Miró’s art. As my eyes follow the bold black lines and simple compositions of his pieces, I start to think about how interesting it is that my study of Miró starts here. Madrid is my home base because the Reina Sofía is here, but in truth Miró did not spend a lot of time here. What Madrid is really showing me is that Miró expanded his presence in life and after, to all parts of Spain and the world. And so I begin with evidence of Miró’s everlasting impact, but these short three weeks have a lot of plans packed in, plans that hopefully bring me closer to feeling a bit more familiar with who Miró was. To do this, I must go to where he spent more of his time and places that meant a lot to him. I bring myself back to the present moment: at this point I have found a stone bench to sit and digest everything my eyes and mind have just received. I leave the Reina Sofía with a charged sensation of excited interest in what is to come next, on the destination list I have: Barcelona, Palma de Mallorca, and none other than Paris, France.

There is one thing that connects these three locations for me: Joan Miró, the subject of my exploration. I have taken the task upon myself to follow Miró’s remarkable footsteps. I will pass where he passed and see what is left behind from his talent and involvement within the art world. I will see what and who inspired him, like Pablo Picasso. I will visit the Joan Miró Foundation he created in Barcelona. This foundation is a space that is dedicated to him and to the avant-garde and future artists to come. In Palma de Mallorca, Miró’s home base starting in the late 1950’s, The Pilar and Joan Miró Foundation sits next to Miró’s old studio and is completely focused on his life and artwork. Miró traveled between Paris and Spain for many years. He first visited in the 1920’s where he met Pablo Picasso and was surrounded by Surrealist artists and poets. Important to note is that Joan Miró never wanted to be tied down to any description of his art and concepts. He was a part of this circle but he was still very much a man who “did his own thing”. He says it best:

Just as Picasso has been labeled a Cubist, I’ve been labeled a Surrealist. But what I want to do above and beyond anything else, is maintain my total, absolute, rigorous independence. I consider Surrealism an extremely interesting intellectual phenomenon, a positive thing, but I don’t want to subject myself to it’s severe discipline.

In Paris, I will visit a mural at UNESCO and explore the streets in which Miró ventured. For example, his old studio that was next to poet André Masson’s at 45 rue Blomet. I am determined to see what he saw and be inspired by what inspired him.

The other facet to this study is that I am an artist. My passions, likes, and wants, are somewhat closer in relation to that of Miró’s. Although we live in different time periods, with different wars, different expectations, advances, and social norms, his art is immune to all those changes. That immunity is what makes Miró, and art in general, such a beautiful and important thing.

I am an artist, a writer, and a student of life. I started research on Joan Miró in late July and found that I relate to him and deeply agree with his way of thinking. I like what he has to say and how he chooses to express himself. His concepts of life, the way he humbly and harshly viewed his own work, and his intense passion. Miró believed in freedom. This was basically instilled into him because of when he was born and the many wars he lived through. He believed in freedom in many senses, freedom for people but also for ideas. That is why I respect him so much. He was not afraid. He took large risks for his time period and was consistently reinventing himself while also revisiting his past. He was a pioneer for new ideas and ways of working. This is what being an artist means to me, and that is the type of artist I aspire to be. If it is by means of paint, paper, writings, charcoal, wood, or clay, this is what I want for myself and conclusively, why I am humbly retracing the steps of Joan Miró. 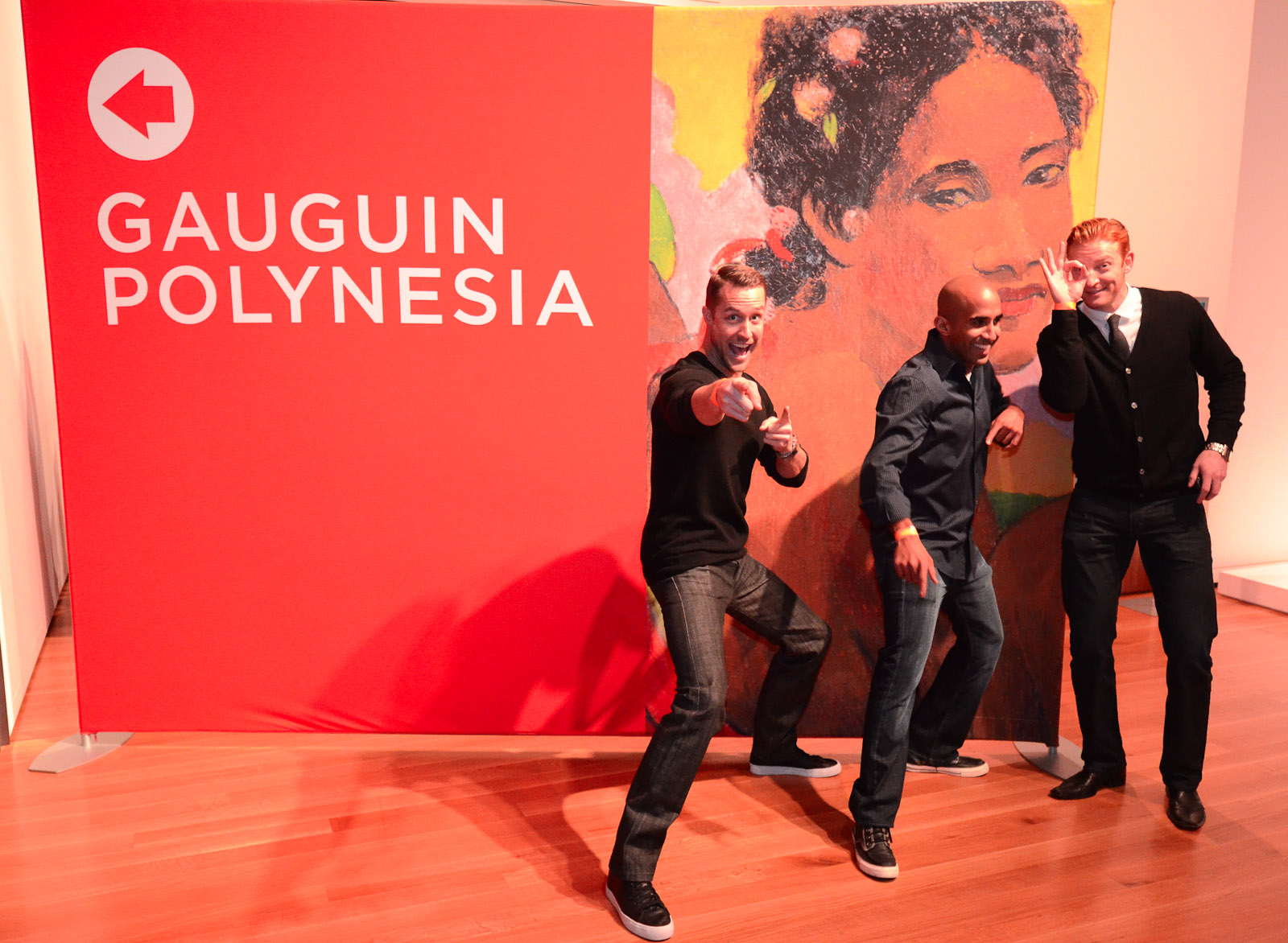 Ticket prices to Gauguin & Polynesia on March 1 will be $12 for adults, $9 for seniors (62+) and military (w/ID), and $8 for students (w/ID) and teens. SAM members and children 12 & under are free. Please note that if a timeslot is sold out online we hold back a limited number of tickets for day-of sales. Get tickets now>>

SAM Downtown will be open until midnight (last ticket sold at 11 pm).

Take advantage of the Gauguin & Polynesia parking special at the 3rd & Stewart garage. You can also take a bus, ride your bike, or walk to the museum.

Go to the Plan Your Visit section on SAM’s website for more information on how to best enjoy your visit!