Our special, Picasso edition of SAM Remix is this Saturday, November 13, and we’re giving away 2 tickets to this wildly popular event. From the “party rock” sounds of Tigerbeat  to artist trivia contests led by Geeks Who Drink  to live figure drawing in the “Blue Studio”, performances by the Harlequin Hipsters and much, much more.  You really don’t want to miss this one!

END_OF_DOCUMENT_TOKEN_TO_BE_REPLACED

Remember we’re open until midnight this First Thursday! Wondering where to park? Here’s information on the most convenient place to park during your visit:

END_OF_DOCUMENT_TOKEN_TO_BE_REPLACED

Hurry! You could be the winner of 2 tickets to tomorrow night’s season opening of the SAM Film Noir Series! Help SAM celebrate thirty-three years of presenting some of the world’s best films in this genre. Enjoy the feature film “Nightmare Alley” and immediately afterwards join in the special opening night festivities.

END_OF_DOCUMENT_TOKEN_TO_BE_REPLACED 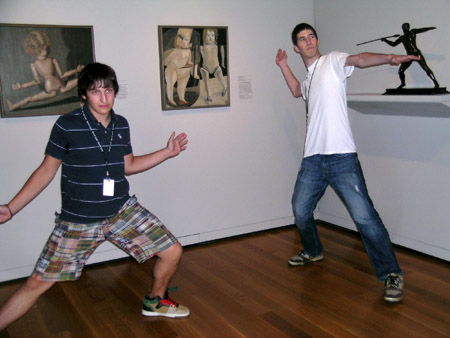 This summer, two very bright and curious high school seniors helped out in the museum’s curatorial division. Milo and Henry spent their summer helping organize our object records, and researching several works in the SAM collection. Here, they write about their experience.
END_OF_DOCUMENT_TOKEN_TO_BE_REPLACED 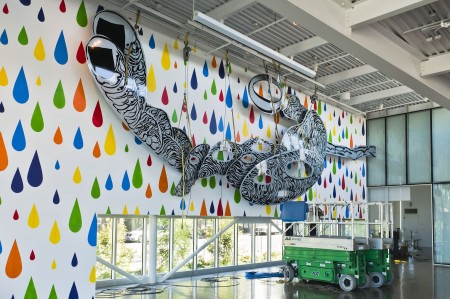 From a crochet party to Truckasaurus – dancing under the stars to cool new art – Sam Remix is tomorrow! It’s been a year since we’ve taken the party outside, and we can’t wait for the festivities at the Olympic Sculpture Park. Take a look at the line-up.

I’ve got your tickets, too – one pair to be exact. Wanna win them? END_OF_DOCUMENT_TOKEN_TO_BE_REPLACED 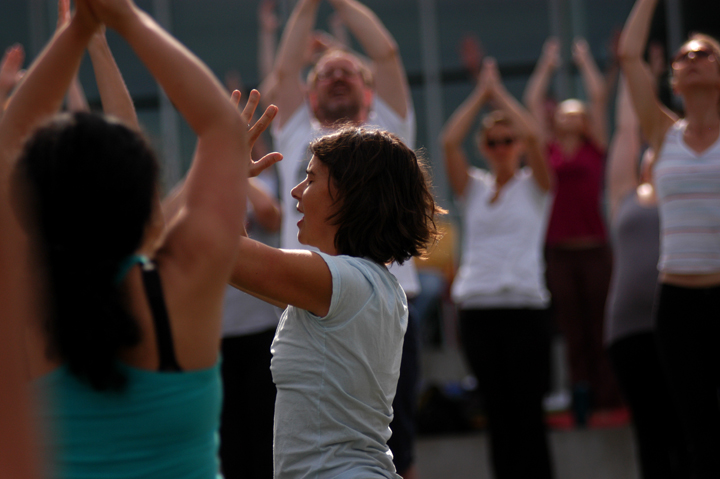 Can you believe how quickly this summer is zipping by? In June, we kicked off three months jam-packed with art activities at the Olympic Sculpture Park. This Saturday, Aug. 28, will be the final day for yoga and drawing in the park for the summer. If you haven’t made it to a free outdoor yoga class yet, we hope to see you Saturday. (Class runs from 10 a.m. to 11 a.m., rain or shine.) END_OF_DOCUMENT_TOKEN_TO_BE_REPLACED 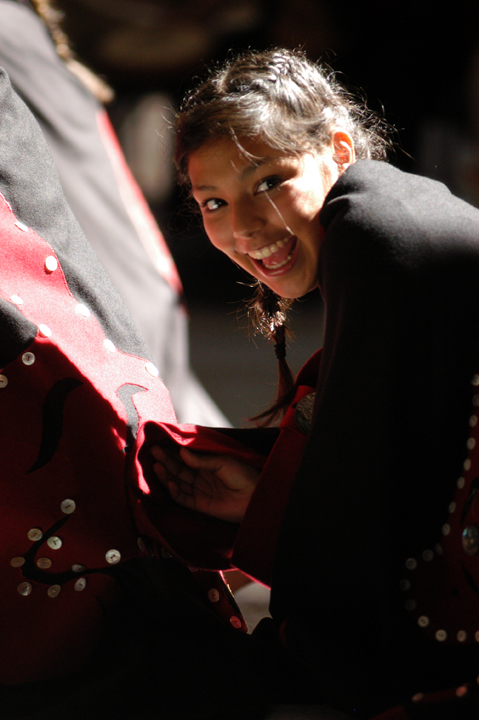 The Brotman Forum was packed with energy Saturday for the opening celebration of Behind the Scenes: The Real Story of the Quileute Wolves. More than 1,600 people turned out to see the Quileute Nation drum circle and to hear stories from the Quileute culture.
The exhibition, which was curated by Barbara Brotherton, runs through Aug. 14, 2011. 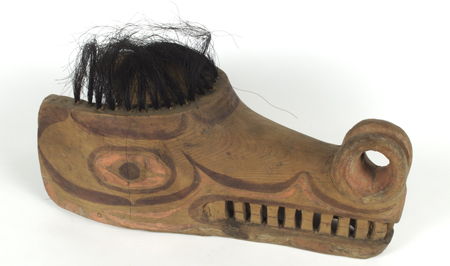 A small Native community, knit together by ancient beliefs, living in their ancestral homelands—a  remote coastal village, ringed with primordial forests and in the shadow of Mt. Olympus—seems like a fitting scenario for a supernatural story line.  Cast as shape-shifting werewolves in the Twilight saga books and films, opposite a band of sophisticated vampires, the Quileute really do have ties to wolves—but not werewolves! Quileute oral traditions trace their distinguished ancestry back to myth time when the powerful transformer, Kwa-ti, changed a pair of wolves into the first Quileute people. Thus began a long association with the wolf. I don’t know if Stephenie Meyer, author of the Twilight books, knew this but her mention of the mysterious Quileute tribe and an ancient treaty with vampires catapulted their small nation into notoriety.

END_OF_DOCUMENT_TOKEN_TO_BE_REPLACED

As a special “thank you” to our Facebook fans and Twitter followers, we’d like to let you in on an advance opportunity, otherwise only available to museum members.

You can reserve your tickets for the Picasso exhibition NOW – one week before ticket sales open to the general public! Also, for a limited time, we will waive the $3 transaction fee when you buy Picasso tickets online.